There are several reasons why many cities in Italy are considered amazing. One of them is that Italy has a rich history and culture that can be seen in the art, architecture, and landmarks of its cities. Italy is home to numerous historical landmarks, such as the Colosseum in Rome and the Uffizi Gallery in Florence, which attract visitors from all over the world.

Another great reason? Italy is known for its delicious cuisine and is home to many world-renowned restaurants and food markets; some of them include going on food tours and visiting monuments, such as the Colosseum. Well, here is our list of the 10 best cities in Italy. 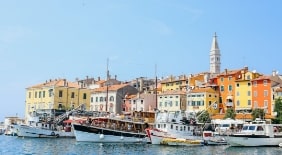 During Medieval times, this getaway to the Italian Riviera was one of the most famous trading destinations across the globe.

One of its most famous streets is Via Garibaldi, which is located in the city’s historic center and is home to a number of palaces that date back to the 16th and 17th centuries. The street is a UNESCO World Heritage Site and is considered one of the best examples of Genoese Baroque architecture, capable of making you love Genoa as soon as you set foot on it. Besides, the city boasts artisan shops, historic eateries, and tucked-away churches. A visit to Genoa also gives you a chance to see and touch the first bank in Europe. Plus, the city is home to the oldest football team in Italy.

If football is your thing, Genoa should be one of the first cities to visit in Italy. Being a working port, the city also allows you to enjoy day trips along the coast. They include Ristorante Da Cupido, Ristorante San Giorgio, Zimino, Ristorante Santa Teresa, Vivarelli, and more. Whether you are looking for fine dining, cheap eats, moderately priced foods, or breakfast, Genoa has it all. 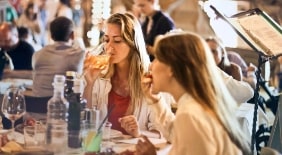 Siena is located in Tuscany, which is one of the most touristy regions in Italy. It has countless architectural gems, and this too contributes to its fame. The piazza del Campo is the center of Siena’s public life and is the site of numerous festivals and events, including the famous Palio di Siena, a horse race that takes place twice each year. The piazza is also a popular gathering place for locals and visitors alike and is a great place to relax and take in the lively atmosphere of the city.

Start by visiting the Cathedral of Santa Maria Assunta. This is one of Italy’s first pieces of Gothic architecture. It was originally built in the 13th century, and it sits in the Piazza del Duomo, which is in the Historic City Centre. Also, remember to go to the Ristorante Tar Tufo for a sublime meal.

Verona is one of those cities you will visit and instantly fall in love with. You will quickly realize how underrated it is. This laid-back city is clustered around the Adige River’s bend. It is rich in northern Italian charm and has a lot to offer, especially when you consider that it is the setting of Romeo and Juliet. If you want to feel how the tragic story of these two lovebirds comes to life, Verona must be between your destinations.

What’s more, you can take a tour through Centro Storico, which is Verona’s Old Town: it provides tourists with the opportunity to check out the city’s main sights. These include Juliet’s house, wide piazzas, and churches galore. A cool spot to visit in Verona is Piazza Delle Erbe. This scenic square is suitable for someone who loves shopping or looking to dine at an outdoor cafè. 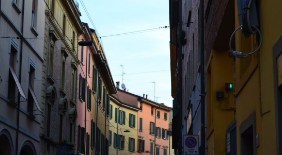 If you are visiting Bologna for the first time, you will be taken in awe by the plenty of activities this city offers. Featuring Medieval terracotta buildings, Bologna is commonly referred to as “La Rossa”, the red city. It also boasts miles of UNESCO heritage-listed porticoes that paint its streets with shadows and lights, not to mention bringing deep architectural perspectives. One of these perspectives is a moving artwork, which makes photography in Bologna magic.

And, if you are here for Food Tours in Bologna, then there is plenty for you as well. In fact, did you know that the city is nicknamed “La Grossa”, to mean “the big/fat one”. Eating in Bologna is one of the best things to do when you visit Italy. Therefore, once you are here, make sure you try Butter and Sage Tortelloni, Tortellini in broth, and Pumpkin Tortelli with parmesan. 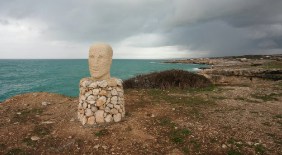 If you plan to travel south of Italy, Lecce should be included in your itinerary. Commonly referred to as “the Florence of the South”, it is the capital of the stunning Puglia region(or Salento): this region is between the Ionian and Adriatic Seas. The city is packed with magnificent historic buildings and has what it takes to make every moment memorable.

While in Lecce, make sure you taste pasticciotto. This insanely sumptuous pastry is driving both the locals and tourists crazy. What’s even better, pasticciotto is extremely easy to make. All you need to do is get a shortcrust pastry and then stuff it with the thickest and most delicious custard. Lecce also gives you a chance to sign up for a cooking class so you can learn how to make Salento’s staple dishes. Seafood will also be available all over the city! 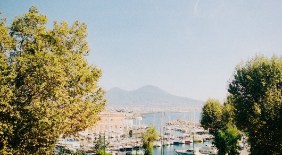 Naples is the second most populous city in Italy, plus it is the birthplace of pizza. What this means is that you should never visit and leave Naples without enjoying, at least, a slice of pizza. Like most cities on this list, Naples will take you back in time with its historic buildings, bars, pizzerias and restaurants.

It features Caffe Mexico, which is one of the best coffee bars in town. So, if you are thirsty for espresso, this is the place to come to. You should, however, note that espresso in Naples often comes sweetened. Needless to say, you can ask otherwise if you are really not into sweet coffee. Once you have satisfied your gastronomic needs, you can head over to Diego Armando Maradona Stadium to see how magnificent it is.

Book our Napoli Food Tours to see all that the Old Town has to show!

Florence is the capital of Tuscany and one of the most romantic cities in Italy. Its heart is the iconic Duomo, which boasts a fascinating Renaissance dome. Florence is home to some of the best art museums in the world. One of these is the Uffizi Gallery. If you love the works of Botticelli and Leonardo da Vinci, then Florence should be the very first city to visit in Italy.

Florence food tours are worth talking about too since they give the city its true personality. So, whether you are a foodie or just want to have a taste of Italian cuisine, this city has got you covered. There is a small-group Florence food walking tour where you are led by a foodie guide through the streets of Florence. 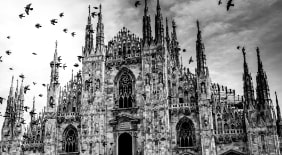 The first thing that comes to the mind of most people when thinking of Milan are shopping and fashion. But, did you know that Milano, for that matter, offers much more than that? This city should be a frontier for you if you are into adventures and history.

It features Milan Cathedral, which in Italian is “Duomo di Milan”. While the construction of this building started in 1386, it would take nearly five centuries for Milan Cathedral to be completed. Napoleon Bonaparte ordered that the building be completed as soon as possible because he wanted to be crowned king of Italy there. But back to the present days, Milan is the place where most Italians want to move to in order to get better life opportunities: one of the main factors driving internal migration to Milan is the city’s strong economy.

This is why Milan is maybe the only Italian city displaying food from all over the country: people and food from Rome, Naples, Palermo? You can find them all here, so do not miss our Milan Secret Food Tours! 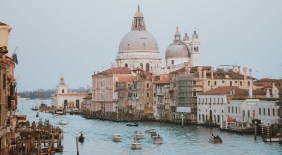 Venice is the capital of the Veneto Region, located in Northern Italy. It lies on, not one, not two, but 117 small islands. And some people say more. Interesting, right? Well, these innumerable islands are connected by multiple bridges and boast a network of canals that separate them. The population of Venice is approximately 250,000. Needless to say, Venice does not feature anywhere on the list of the largest cities in Veneto or Italy.

Nevertheless, this does not prevent tourists from coming here, as Venezia falls into the category of the most visited tourist destinations in Italy. This city of immense beauty has a significant history that makes everyone wants to come here. You see, it used to be an incredibly powerful household during the Italian Renaissance as well as the Middle Ages. The city features St. Mark’s Basilica; a religious building that has been around since 1092.

It’s a very touristy city, true, but we know where to take you on our Venice Secret Food Tours. 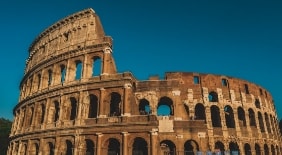 Many believe that Italy’s best city is Rome, and it is hard to argue about this. Think of the Roman walls, St. Peter’s Basilica, or the Colosseum and its death games? The Colosseum is situated in “Centro Storico”, which basically is the “Old Town”. It could accommodate more than 50,000 spectators during its prime, which means we are talking about the largest amphitheater in the Roman world.

People also love Rome for its food tours. In fact, Roman food is between the bests in Italy. A visit to this city will present you with an opportunity to enjoy such delicious food as fried artichokes and carbonara pasta. Additionally, Rome has top-notch vegan and vegetarian restaurants like Mater Terrae, Romeow Cat Bistrot, and Bibliothe.

Narrowing down on the above 10 cities in Italy was no easy task.

That is why, as mentioned earlier, most, if not all, cities in this country are stunning and magical in their own ways. However, we do hope you were able to learn something new.

Eating in Rome on a Budget

A tiny gem in the midst of Bologna