WHAT FRENCH FOOD IS … NOT FRENCH PART TROIS

Here we are at it again, bursting a myth, making children cry, leaving disabused food lovers facing the harsh reality of facts. We are talking Croissant! And that’s something you experience on our Paris food tours.

And even if the Croissant was not French to begin with, at the end of the day, we managed to make it greater than before.

First let me first tell you a story:
“Long ago, in a far away land, a city was besieged by a seemingly invincible tidal wave sweeping over eastern Europe.
The year is 1683 and the city is Vienna in Austria, the Ottoman Empire is taking control of the eastern part of Europe and the Turkish troops are besieging the city that called for help but is still waiting for relief.
In the city a local baker Adam Spiel one early morning heard distinctive noise coming from underneath his bakery. The militia realised Turkish sappers were digging tunnels underneath the defence walls, an early warning that allowed the defenders to flood or collapse the tunnel on the sappers buying precious time to the city while waiting for reinforcements.
When help arrived that broke the Ottoman army and saved the city, the Emperor asked the bakers to make a commemorative pastry in remembrance of this victory, as the Ottomans displayed the Islam’s crescent moons on the helm’s crests and their shields or flags, the Croissant was chosen to shape that pastry.
Less than a century later a young Austrian Princess arrived in Paris with her retinue of bakers and cooks. 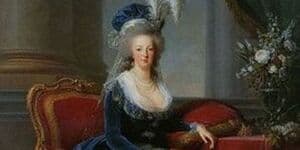 This is one of the legends around the croissant but by far the most documented one.

So French bakers started to make those croissants as well and the first written recipe dates from 1863. But it became obvious that something was amiss, for while the croissants were lovely pastries they were nothing more than a brioche bread shaped into a moon crescent shape. 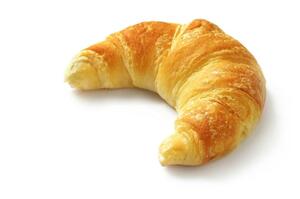 So from 1905 bakers decided to shift from the regular dough and started making flaky pastry dough. They kept it simple, two pounds of dough plus two pounds of butter.
The flaky pastry brought lightness to the recipe and the butter gave it a unique taste.

By 1920 the croissant became very popular and by 1938 it got its entry in the Larousse Gastronomy Dictionary .

One bakery and two croissants! As you wander the streets in France you may bump into a bakery offering two croissants a cheaper one euro “Croissant Ordinaire” (Plain Croissant) in a crescent shape or a bit more expensive (1.20euro) straight looking “Croissant au Beurre” (butter croissant). The croissant ordinaire is the original from Marie Antoinette while the croissant au beurre is the French version of it, so one is more brioche like while the other is more flaky.
To experiment the difference go to “Au Levain d’Antant” 6 Rue des Abbesses, 75018 Paris

Looking forward to seeing you on the last part about French food that did not come from France originally.

L’ENTRACTE – A GOOD ACT BUT NOT QUITE A GREAT ONE

What is the Pâte à choux

What English people ate during WWII

What French people ate during WWII

Marmite, a Love and Hate story

Jeanne A: Good in parts but ultimately disappointing...