Weird French dishes and where to get them

Strange food in France?
We don’t have such a thing, we have tasty and lovely thing but by no means is it weird, and seriously would you call Marmite strange?
How about Spam or Nato beans?
No indeed those are culinary delicacies but granted some of them may need some acquired taste.

So in France what would that be?

Let’s start with a classic, snails, but let me tell you about the preparation first, don’t think for a second that you go in backyard after a rainy day grab a handful of snails, stuffing them with garlic butter and off to the oven, nope, doesn’t work like that and you will end up sick at best or with food poisoning. In France we have snails’ farms; they wait for the snails to reach a certain gauge before preparing them in the following steps:
· Removing the “meat” from the shell
· Cleaning the shell
· Removing the intestine part of the meat (as you would do on shrimps)
· Cooking the meat in a broth
· Stuffing the cooked meat with garlic, parsley and butter
For a meal we usually go like oysters for a choice of a dozen or half a dozen. When visiting Paris you should try them at “L’Escargot Montorgueil“ it’s an institution created in 1832, although it’s very touristy it’s also one of the best place to enjoy Escargots (25$ for a dozen). 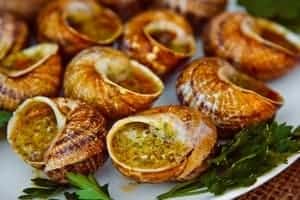 I mentioned oysters didn’t I, Paris is merely 2h away from the shores of Normandy, and this means that we are lucky enough to get very fresh fishes and seafood. Oysters are by all means an acquired taste, but if you are one of these Oysters Freakers then “Régis” is for you the place to be (again starting at 25$ a dozen). You should also know that only eating oysters in months with “R” is a myth but it had a purpose, to give time for oysters to reproduce and reach the good size by Christmas. 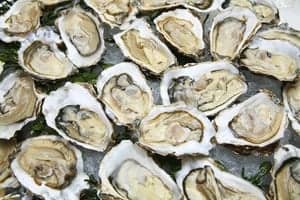 Maroilles cheese but generally speaking all of the “washed rind cheese family”, those could have become lovely brie or camembert had they left the rind get harder and white but no, fate decided otherwise, depending on the region, during maturation, those cheese will have the rind washed with brine (based on water, beer or marc of wine) on a regular basis, this will develop a pungent ammonia like smell typical of the French stinking cheese aka weapons of mass destruction. The bitter rind will contrast with the unexpected softness of heart, once you love it you won’t be able to live without it. Sophie awaits you at “La Butte Fromagère” 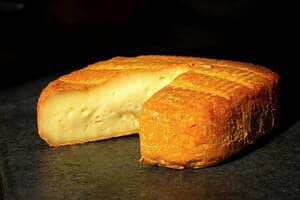 Last but not least the Tripes stew, as much as I would like to describe it accurately and as much as I am a meat eater (and did I try many meats) I just can’t get around the Tripes stew, far too earthy it’s a very traditional dish in France and it has probably saved many thousands of people during starvations. If it’s still around it’s because quite a lot of people do love it, but for me it has no real added value unlike its cousins the Andouille and the Andouillette. 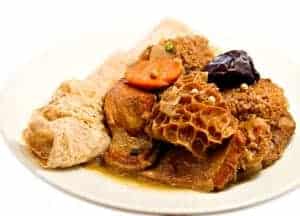 Runners up found at any butchers (here it’s Jacky Gaudin at Montmartre)
· Ox tongue, cut in thin slices it’s surprisingly good and meat with no weird taste
· Calf pancreas aka sweetbreads (seriously not sure where they got the English name from)
· Blood sausage, a fantastic dish served with mash, the French West Indian dish called Boudin Antillais is to die for (very similar to Cajun cooking) and unlike it’s English counterpart it also contains meat.
· Andouille to make it short it’s a sausage casings’ sausage, served with a Galette and apple cider it’s great
· Andouillette is a tripe sausage, grilled served with mash potatoes and Chaource cheese sauce. It has totally lost the earthy flavour of the intestines and is lovely. Best grade Andouillette are called 5”A” Andouillettes
Metro Line 12 – Abbesses

WHAT FRENCH FOOD IS … NOT FRENCH PART DEUX