3 - 3 ½ hours
6 stops
Local food and culture
10 people maximum
English
Award winning
Book Your Tour
Currently we're just accepting private tours at the moment. Click Here!
If you have any issues with payment, please email us at [email protected]s.com with the city, date and time of tour, and how many adult and child's tickets you need so we can assist you.

If a tour is fully booked, or you are looking to book a *Group or Private Tour - please email us about Group & Private Tours options.

*Please note - Group & Private Tours are specifically organised for your group and therefore subject to a premium price.

Buy as a gift

On our Secret Food Tour: Prague, you'll fall in love with the city and its cuisine. Both beer and food are important parts of Czech culture, and a big part of our tour. But our tour is not only about food. You will learn about how our history, culture, food, and drink collide to make Prague such a unique city.

All the food will be served with quality drinks or if you prefer, non-alcoholic beverages. A thoughtfully curated Upgraded Drinks Package is available.

Load More
When you purchase our Upgraded Drinks Package, you'll enjoy the following in addition to the drinks already served on the tour:

*Please note: the itinerary and menu is subject to change, based on the locations' availability, weather, and other circumstances. 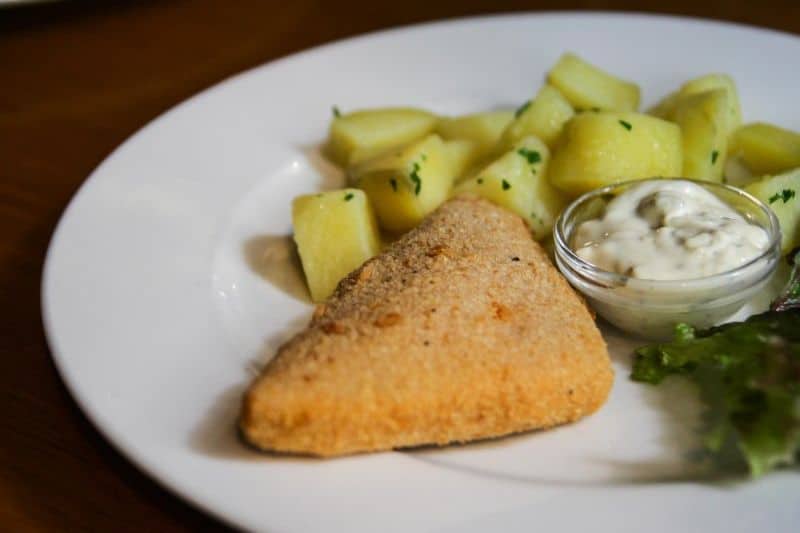 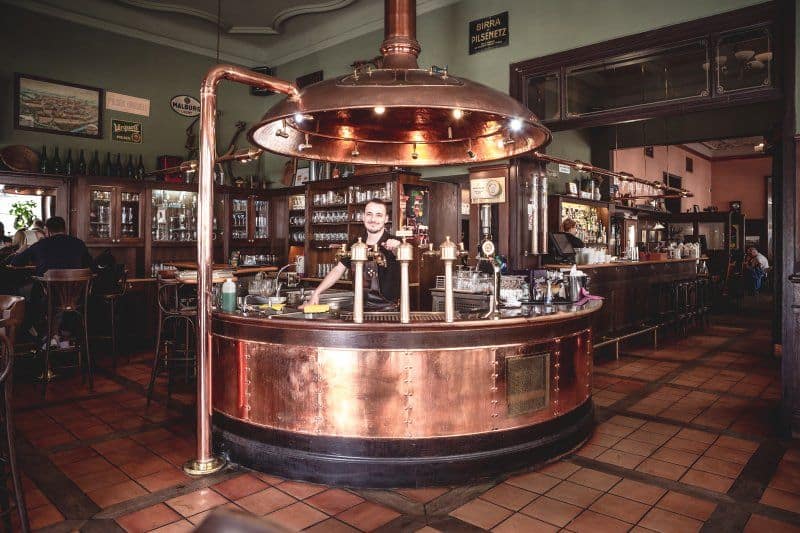 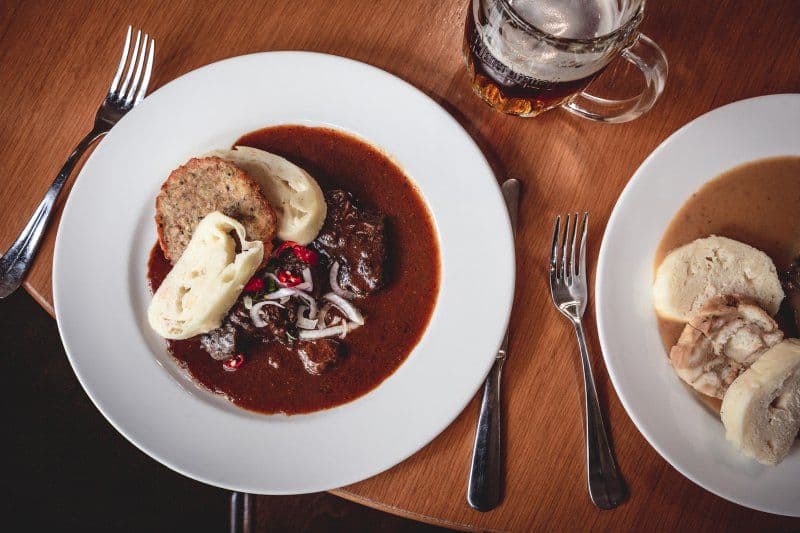 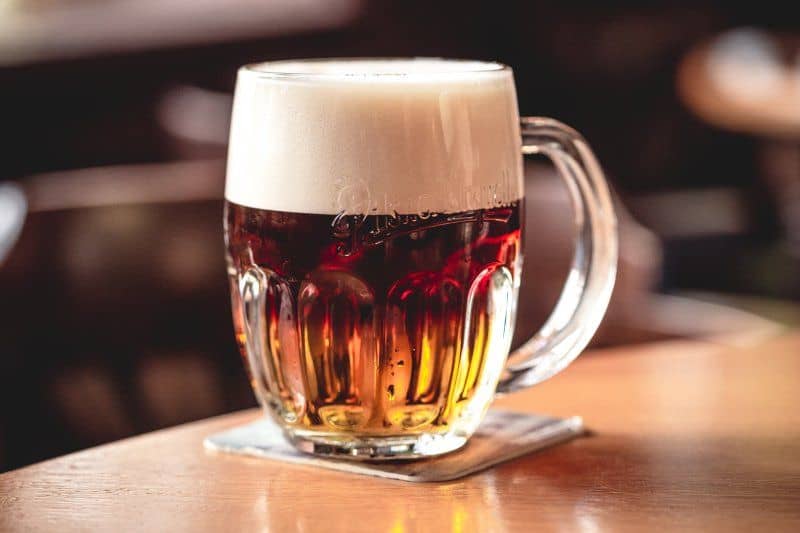 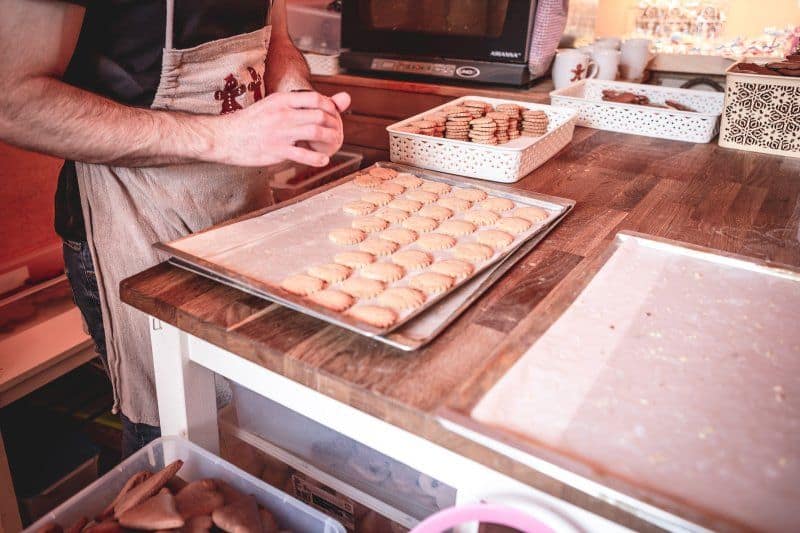 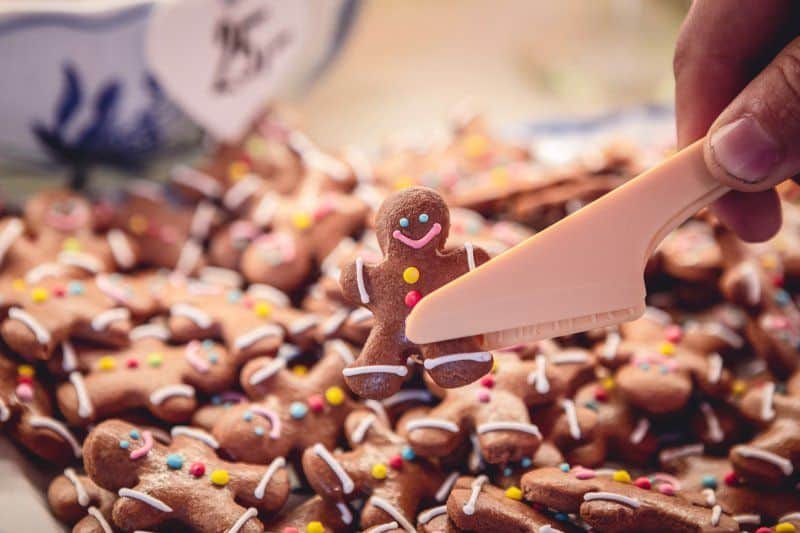 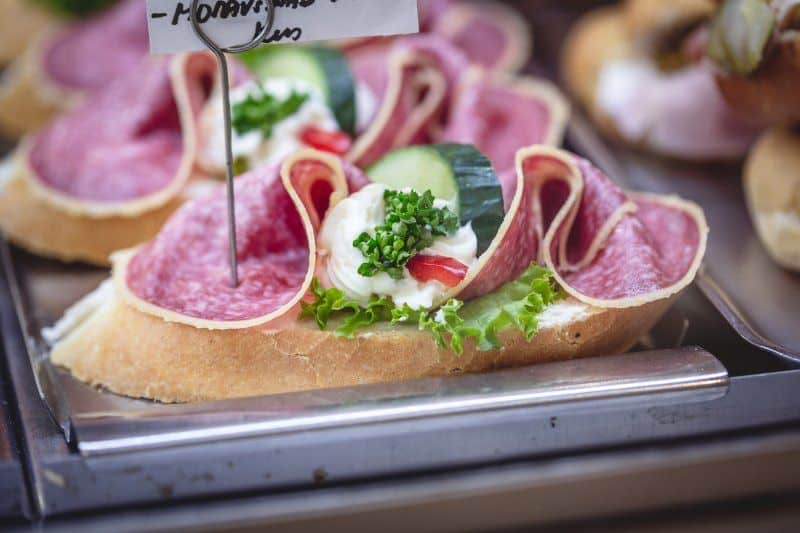 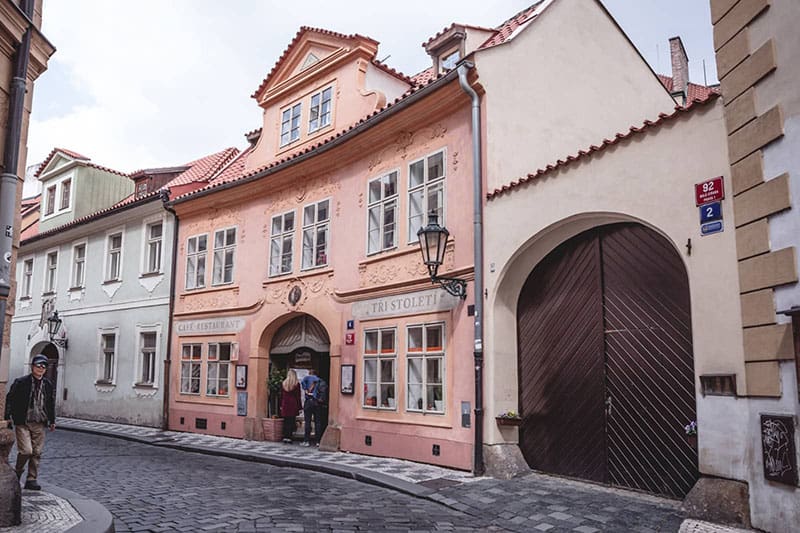 What you'll taste
THE FOOD
DRINKS

Due to the nature of creating a well balanced and thoughtful gastronomy experience, many of our tours are unable to accommodate certain dietary restrictions. Please contact us prior to booking your tour to see if we are able to accommodate your dietary needs.

At Secret Food Tours we take your health and the health of our staff very seriously. To be sure that you can enjoy our tours with the maximum protection we have put in place some strict measures.


Meeting Spot
We'll meet at the Holy Trinity Column at Malostranské námêstí (Lesser Town Square). If you have any questions. Please email us.

Your guide will be waiting with an orange umbrella so they are easy to spot.

If a tour is fully booked, or you are looking to book a *Group or Private Tour - please email us about Group & Private Tours options.

*Please note - Group & Private Tours are specifically organised for your group and therefore subject to a premium price.

We selected Malá Strana as our tour location because it is one of the greenest and most historically interesting part of our city. Originally founded as "New Town" in the 13th century, it was created as a royal town and the King invited expelled German craftsmen and merchants to settle here. During its turbulent history this area was destroyed by Hussites in 1419, and burned to the ground again in the 16th century. What we have today is a city rebuilt from the ashes in the Renaissance style with some of the most stunning Baroque architecture in the world. This historic district set against the Vltava River is filled with hidden churches, palaces, narrow streets, and beautiful parks. Czech culture was literally created here, famous writers and composers lived in this district and used the area for inspiration to create masterworks that have stood the test of time. 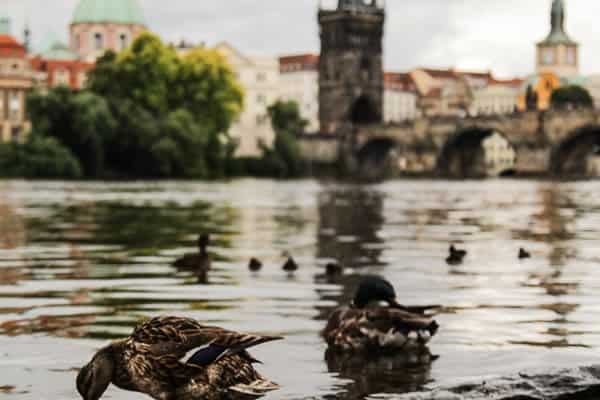 That is very easy! Go to our "Book Now" page, where we detail our tours. Select your tour and the time of your tour and book it! Are you looking for something special? Are you organizing an event? Just email us at Group & Private Tours and we will do our best to arrange something that suits you. After your booking is made, we will send you an automatic email confirmation. If you have any questions before booking, feel free to contact us via email.

What is included in the food tour?

All the delicious food and drinks mentioned above, but if you want more alcohol (and who doesn't?) We offer a upgraded drinks package that gives you 3 drinks.

Where is the meeting spot?

You can find the meeting spot here and if it's not clear you can always contact us.

We will meet at the Holy Trinity Column at Malostranské náměstí (Lesser Town Square). The column is in front of the St. Nicholas church on the same square. Our guide will welcome you with an orange umbrella and a big smile!

Where the tour will end?

Under the Petrín hill, near the Újezd tram station.

Is your food tour suitable for a vegetarian or someone with other dietary requirements?

You can always tell our guide of any food allergies or special dietary requirements so that way we will adapt the menu so you can enjoy the tour! If you have any doubt or concerns, feel free to email us at [email protected] before booking. We have had many vegetarians doing the tour with us and they all enjoyed it thoroughly.

I am traveling with my family, is the tour ok for infants/children?

Children are more than welcome to our tour and it's free for any child 2 years or under! We have had many families attend from all over the world and everyone enjoyed the tour.

I don't drink alcohol. Can I book your tour?

This is not a problem. We give water at all venues! Just inform our guide before the tour starts.

Is there enough food during your tour?

We give enough food to all our customers. Trust us, you will not need to go to any restaurant after the food tour!

Where do I add my discount voucher? 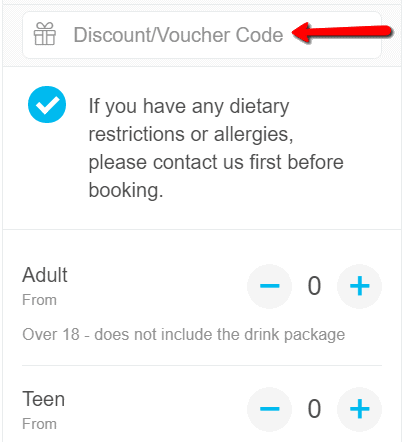 I would like to take your tour but it is already fully booked. Is there a way I can do the tour?

Our tours are often sold out very quickly. If the date you requested is not available, please do not hesitate to email us and we can see if there is anything we can do. We cannot promise but we will try our best to sort something out for you.

Is there a lot of walking?

To join our Food Tour, you must wear comfortable shoes. There will be around 1 hour walking but it's not too difficult and there are no hills or stairs. If you walk slowly, then our guide will walk slowly as well.

How many people max are on this tour?

We take 10 people max. If you are more than 10 people, please do not hesitate to email us and will try to see if we can accommodate.

I cannot find a way to print the confirmation. Is it OK if I have it on my phone?

You do not have to print your voucher. A confirmation on your phone will be fine!

If I purchase a voucher as a gift, or am given a voucher how long is it valid for?

All of our vouchers expire one year from the date of purchase.

Can I choose my own cheese and meat?

Our guide will take care of everything. Should you wish to try something special, please inform our guide and he will do his best to make you happy.

Where does your food come from?

We work with small shops and proven restaurants to make sure that the food and drink we buy is top-quality, fresh and local!

What if it rains or I change my plans?

Unfortunately, the weather is unpredictable in Prague. We do not issue refunds as per our terms and conditions. We also inform you that we never cancel a booking even if we have only 2 people! However we do reserve the right to cancel the tour if we feel the weather is extreme, and we cannot run the tour due to this for more info see our Terms and Conditions: https://www.secretfoodtours.com/terms-and-conditions/

Can I pay the tour in cash?

You must book directly on our website. We do not accept cash payments. Our online payment is safe, secured and SSL protected.

Why do we need to pay for booking fee?

The booking fee that you have to pay is up to our ticket provider and we can't change it. All our clients need to pay for it upon booking. The booking fee charged contributes to the cost of the ticketing system to provide an excellent service to our customers.

A few banks have charged their customer an extra fee while booking with us (this isn't the booking fee but another fee added by the bank). We think this is unfair, if this happens let us know by showing us in your bank statement and we will refund this fee as a gesture of good will.