What is an ‘English breakfast’?

The English Breakfast or the ‘Full English’ or even just ‘a fry-up’ is the traditional breakfast meal often served in England and contrasts with the continental breakfast of juice and pastries (served in countries such as France). Although it has a number of regional varieties throughout the UK and Ireland (and changes its name to reflect the local area), this breakfast is a served hot and normally includes rashes of bacon, sausages, eggs, black pudding, baked beans, tomatoes and mushrooms, toast and a hot drink such as coffee or tea.

Even though this is technically a breakfast, it’s often served as more of a brunch and even throughout the entire day; there are many ‘all day breakfast’ cafes and pubs. The quality and price of the English breakfast varies a lot due to the quality of ingredients and the location of the restaurant. In some places in the UK you can still get a full breakfast for under £5, whereas in parts of London it can cost well over £15 for a more gourmet variety. It’s enjoyed by people from all walks of life but nowadays (due to its high fat content) it tends to be a weekly indulgence rather than a daily meal. 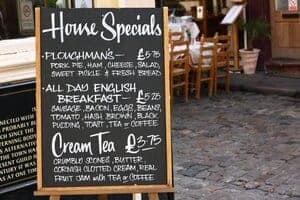 It’s history actually dates back to the 1300s, when the idea of cooked breakfast with meats and bread was a huge luxury. Breakfast was a time to ‘break-the-fast’ of the day and was considered the most important meal, an idea many still think of today. Also due to its large fat content it provided a lot of energy for outside work during the cold of winter.

Throughout the ages, as the middle classes became more prevalent and there was more food around, the tradition of the English Breakfast moved from just a meal of the rich to something everyone could enjoy. By the time Queen Victoria took the throne in June 1837, the meal had added two of its most popular ingredients, eggs and bacon. 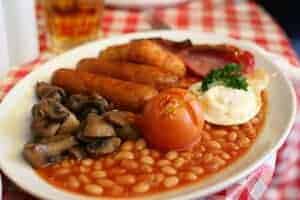 Today it’s more popular than ever and has a number of regional variations. For example in Scotland they use potato scones (tattie scones) and can even come with kippers (smoked-fish) or haggis and in the South-West of the country in places such as Cornwall they enjoy it with hog’s pudding (sausage) and Cornish potato cakes. 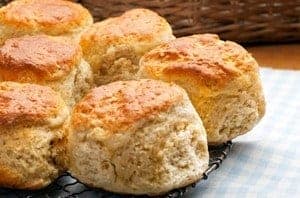 However you enjoy it (and at what time), it’s a delicious and hearty meal and a great meal to kickstart your day.

Romanos – well past its sell-by date