Everyone knows that England is rich in history from the Romans and Vikings to the Tudors and Victorians. In fact, every one of these periods has dramatically changed the foods that were eaten, many of which we still enjoy today.
So let’s take a look back in history and see how food has evolved over time.

Each era brought us different foods that we know and love today.
The first great food revolution came with the Ancient Romans (around 2000 years ago), they introduced common items like cherries, cabbage and peas but also other things which are much less common to eat such as stinging nettles (to be used as a salad vegetable). They also brought us wine, which often was extremely sweet and not at all what we would consider a fine wine by today’s standards.

The next period (around years 410 when the Romans left to 1066 when the Normans arrived), moved things further. The people of this period were excellent farmers and cultivated a wide variety of herbs (such as fennel and watercress). These were not used just for flavour as they are today but were used as bulk to pad out stews. They were keen on fish and even invented mead, a sweet honey alcohol that we are still drinking today. Mead is gaining popularity once again.It can be sampled on our Traditional British London Bridge Food Tour, for example.
Similarly, the Vikings and Danes brought us the techniques for smoking and drying fish, which would have been a great way to preserve them during the winter. Today, we still eat smoked kippers (herring) and smoked haddock (often for breakfast and sometimes with an egg). Many companies will post kippers.
Tastes changed again with the Norman (from Normandy, now a part of France) invasion in 1066. Wine, closer to what we drink today, became more popular and they also gave us our modern words for food such as mutton (from the French mouton), beef (boeuf) and pork (porc). 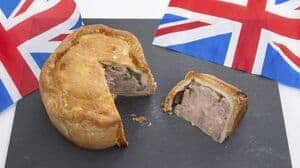 As global trading increased during this period, lemons, oranges and spices such as saffron became more common and imported but only for the wealthy, with the poor being left to eat whatever they could get their hands on.
In Tudor Times, (think King Henry VIII and Queen Elizabeth I), England saw the discovery of new lands and with it new spices from the Far East, sugar from the West Indies, coffee and cocoa from South America and tea from China. And let’s not forget the introduction of the humble potato, what would eventually give our very British ‘chips’. During this era we saw the start of printed cookery books, the first being Richard Pynson’s 1500 ‘Boke of Cokery’. It’s also during this period we see pies (both sweet and savoury) become a very popular snack, which it still is today.
Before baking trays were invented, pie crust was used instead. The rich would eat the meat and other fillings, then discard the pastry case so the poor could eat it.

By Victorian times (the 19th Century) English cooking was universal for the middle as well as upper classes. So too were the majority of hot drinks such as tea, coffee and drinking chocolate. But Chocolate bars as we know them today, started to be produced in this time, developed and marketed by companies such as Cadbury’s (1868), who still make the UK’s most popular chocolate confectionery. Chocolate was seen as competition to alcohol which explains why England’s choc companies were often Quaker or teetotal – Cadburys, Frys, Rowntrees. 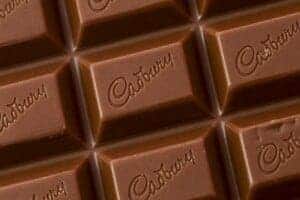 This period also brought us the classic ‘Fish and Chips’ shops and the invention of scotch eggs (a perfectly cooked egg wrapped in breadcrumbs and sausage meat). 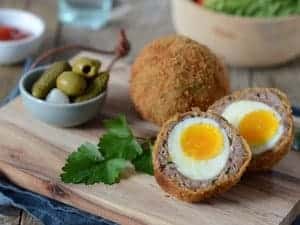 So, as you can see, some of our traditional foods, beit fruits, vegetables, pickled fish, potatoes, spices, coffee, teas and chocolate all originated from other countries and far away places but have slowly over the last few years been integrated into our diet and have really found a place in our electitic English cuisine.
But of course, along with these traditional foods, nowadays you can sample cuisines from all around the world – Chinese, Italian, Indian, French, Spanish, Thai, American, Brazilian etc., reflecting the true ethnic diversity of Britain today.

Oh! To be in dumpling heaven